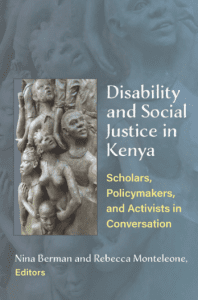 Disability and Social Justice in Kenya

Disability in Africa has received significant attention as a dimension of global development and humanitarian initiatives. Little international attention is given, however, to the ways in which disability is discussed and addressed in specific countries in Africa. Little is known also about the ways in which persons with disabilities have advocated for themselves over the past one hundred years and how their needs were or were not met in locations across the continent. Kenya has been on the forefront of disability activism and disability rights since the middle of the twentieth century. The country was among the first African states to create a legal framework addressing the rights of persons with disabilities, namely the Persons with Disabilities Act of 2003. Kenya, however, has a much longer history of institutions and organizations that are dedicated to addressing the specific needs of persons with disabilities, and substantial developments have occurred since the introduction of the legal framework in 2003.

Disability and Social Justice in Kenya: Scholars, Policymakers, and Activists in Conversation is the first interdisciplinary and multivocal study of its kind to review achievements and challenges related to the situation of persons with disabilities in Kenya today, in light of the country’s longer history of disability and the wide range of local practices and institutions. It brings together scholars, activists, and policymakers who comment on topics including education, the role of activism, the legal framework, culture, the impact of the media, and the importance of families and the community.

(save 30% at press.umich.edu with promotion code UMS22) 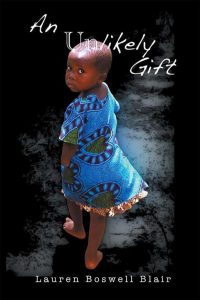 Anyone who grieves the “flaws” in their life needs to read “An Unlikely Gift”. Lauren Boswell Blair tells the story of Kupenda for the Children, a non-profit that serves children with disabilities in Kenya who are considered to be cursed by God, frequently being subjected to practices of child elimination and mistreatment. As the story of the founders of this mission and the children it assists unfolds, it becomes evident that not only our gifts and abilities serve us in life, but also our weaknesses and disabilities. In fact, the combination of these attributes becomes most evident when demonstrated in community with others. The stories that follow highlight just how both aspects of our being, our strengths and our vulnerabilities, are a vital part of fulfilling God’s call for our lives and experiencing the dignity that belongs to all of his creation.