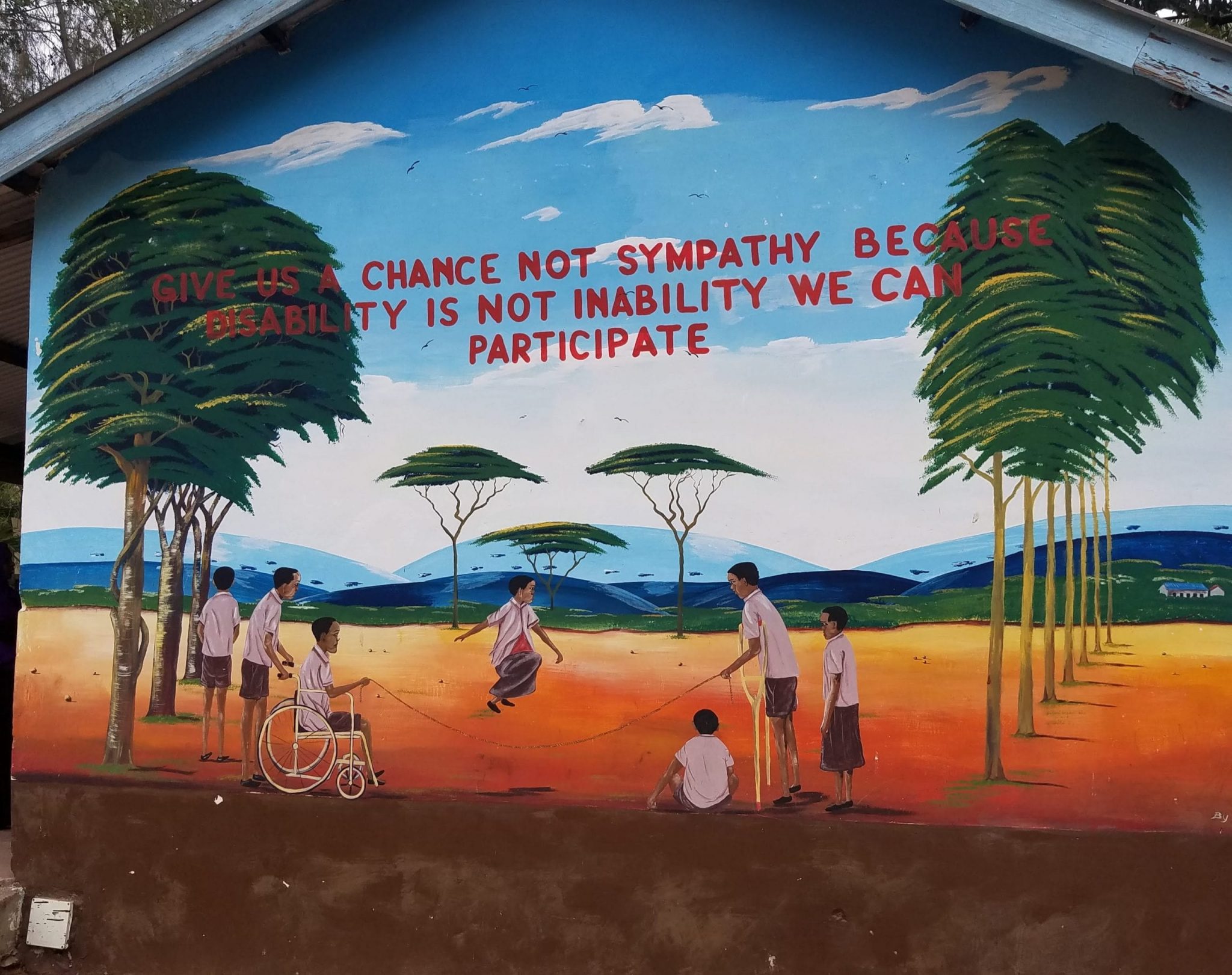 On International Justice Day, July 17, we celebrate 3-year old Emmanuel, whose recent improvements not only changed his life but also showed his community that he is valuable, capable, and worth of love.

Two months ago, if you had told Alex Mchengo that his son would soon be gaining weight, holding utensils, and preparing to go to school, he wouldn’t have believed you. Until recently, all Alex knew of his son, Emmanuel, was that he couldn’t walk or talk and that none of the prayers and rituals he’s paid for had helped the child.

Emmanuel was born three years ago under grueling conditions. His young mother had struggled to give birth at home for three days and eventually delivered at a Malindi Hospital. It was a miracle she survived and, although Emmanuel also lived, he was born with severe cerebral palsy.

When community members told Alex they believed Emmanuel had been bewitched by his grandfather, he began seeking spiritual cures but neglected the child’s physical needs. Over time, Emmanuel suffered from malnutrition, seizures, and chronic pneumonia. Because he was left in bed and rarely moved, his back also became painful and deformed.

Fortunately, Kuhenza for the Children had recently begun caring for another child with a disability in Emmanuel’s village and was looking for other families they could support. Soon someone told Kuhenza about Emmanuel but asked the director not to mention that they’d made the referral. Alex was still deeply ashamed of Emmanuel and so kept him hidden inside, sometimes refusing to even admit he had a child with a disability.

They were visited by Kuhenza’s director and a trusted traditional healer, who started a family disability support group in Emmanuel’s village because of her participation in Kuhenza’s disability workshops. They then invited Alex to join this support group and offered to enroll Emmanuel in Kuhenza’s home-based therapy and nutrition program. Alex was relieved to learn there were other children with disabilities in his community. He was also happy that the programs would be run in his village, as poverty had made it nearly impossible for him to bring Emmanuel to distant clinics and hospitals.

Today, just two months later, Alex has seen his son’s life transformed. Emmanuel can now sit up, hold objects, recognize his family members and even follow discussions with his parents. The family reports that he is “very jovial” and gaining weight, thanks to Kuhenza’s nutrition training for parents. Alex was also pleased that Kuhenza’s occupational therapist taught him how to help Emmanuel with simple therapy exercises at home.

Alex can hardly believe that next year Emmanuel will be starting school. He’s grateful that Kuhenza’s trainings have helped him to understand Emmanuel’s condition and that he’s now connected to other parents and professionals who can support him.