Celebrating Life as We reach a Milestone of Grief 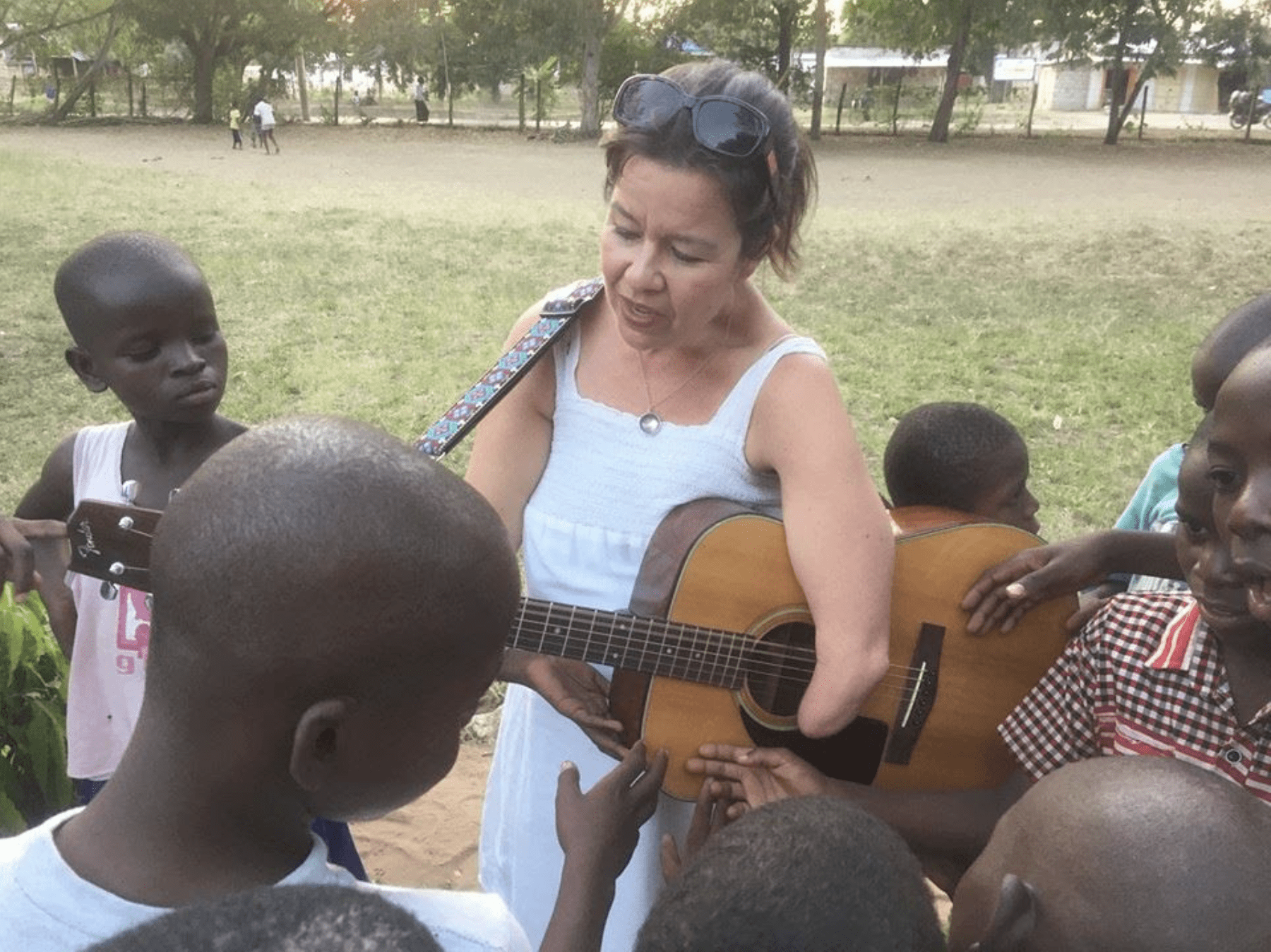 Today is the first anniversary of my father’s death. As I reflect on his life and the hole his absence leaves us, I also think about how his life continues to be a part of impacting thousands of children with disabilities. One way we are changing lives, is through my dad’s involvement in my personal story…a broken piece of the Kupenda mosaic. In spite of society’s limiting beliefs regarding my lack of a hand, my parents encouraged me to try everything including playing the piano and guitar. With my 26 year old guitar now living in Kenya, I am grateful for the bittersweet gift of a new guitar on my first birthday since my dad passed into eternity. It is poetically fitting to receive this present just two days before the anniversary of my father’s death because the most impactful part of the story I share, is connected to my birth, my dad, and playing the guitar. This combination contributes to changing the negative attitudes about disability we so often encounter in Kenya, Tanzania, and most areas of the world.

I often tell the story of how my dad responded to me being born without a hand. Even though my birth defect is minor compared to many other disabilities, my family was understandably saddened about what their first child’s future might hold. My 22 year old father was especially emotional as a new Christian excited about the God of miracles. He fasted and prayed fervently for days expecting God would give me a hand if he just prayed hard enough. This is a view held by a large number of pastors and other people we have encountered in Kenya and Tanzania. Local views on healing lead many to believe that curses, lack of faith, or punishment are the only reasons a person is still disabled. It has detrimental effects on families with disabilities who often need God’s communal love more than most. I believe God can heal and it’s okay to offer him pleading prayers for what our heart desires. I do it often. However, we are working with people to understand that seemingly unanswered prayer is not a reflection of God’s lack of favor. My Dad’s part of my story and my guitar helps them see this.

As I grew, my dad witnessed God’s glory revealed in a different way than he had requested. He saw that I didn’t let my lack of a hand hold me back and how others were inspired by my determination. My parents never limited me and the word “disabled” was not considered to be an adequate term for my birth defect. In my family, my condition was simply referred to as “my arm.” I was able to do most anything, aside from a handstand, but there were definitely difficulties. For example, one question was not about my ability but whether or not “my arm” impacted the legality of my soccer throw-ins since the rules require two hands on the ball. In spite of my abilities, I am officially disabled according to the legal definition because it includes “a person who is perceived by others as having such an impairment that substantially limits one or more major life activities.” As a child there were a lot of frustrations and insecurities created by community attitude towards my lack of a hand. However, God’s grace now enables me to use misinformed beliefs as opportunities for advocacy and education instead of cynicism and anger….most of the time. I even embrace this disability label that connects me to such a beautiful group of people. Because kids with disabilities see me as one of them, my guitar playing inspires many to reach beyond societal limits.

Our Kenya director, Leonard, believes my guitar is such a powerful advocacy tool that he has me play in front of pastors, parents, children, and even government officials in Kenya and Tanzania. After I share the story of my birth and my dad’s reaction to it, I play a commonly known song called “Hakuna Mungu Kame Wewe” (there is no God like you). You can watch me play and sing at our most recent pastor workshop in Kenya here. Although, I don’t practice enough to be very good, they are significantly impressed. After I perform, Leonard holds up the guitar and asks if anyone knows how to play. Even when someone does, they can’t play my guitar because it is strung upside down to accommodate me. Leonard then tells the people, without legally defined disabilities, that they are now the ones who are disabled. Every time, they laugh and agree.

I end the talk by asking the audience if they believe Kupenda would exist if God answered the prayer of my father the way he originally hoped. The group gives a resounding “no!”  After my guitar playing the majority tell us they now believe God can heal in ways we might not expect and that it is their responsibility to empower people with disabilities to meet their God given potential, whatever that might be. These gatherings are typically followed with actions like building wheelchair ramps, connecting children with disabilities to care and education, visiting children with disabilities in their homes, establishing special needs classrooms in their communities, donating resources & raising funds, and dramatically changing their culture regarding views of disabilities. Neither my parents nor I predicted that a guitar would spark local communities to such amazingly sustainable actions for people with disabilities. My dad never really understood how much of a role he truly played in the work of Kupenda.

It feels like forever since dad left us but also like it happened yesterday. Those of you who have experienced great loss know the grief doesn’t really go away. I think it changes and the pain becomes a part of us to use for a greater purpose. Unfortunately, trials don’t usually come just one at a time. Leonard’s cancer diagnosis was piled on to a stack of other heart wrenching situations accrued over the last year or so. However, he is responding well to his chemo treatments so far. This helps me to be hopeful that perhaps, just as trials often come in bunches, maybe the same is true of blessings. On this one year anniversary of my dad’s death, I’ll probably cry, appreciate his love, play my new guitar, and thank God for the role He has given my family in improving the lives of children with disabilities around the world.  Mostly I’ll just miss him.

Thank you for continuing to be part of this wonderfully challenging journey.

With much love and gratitude,