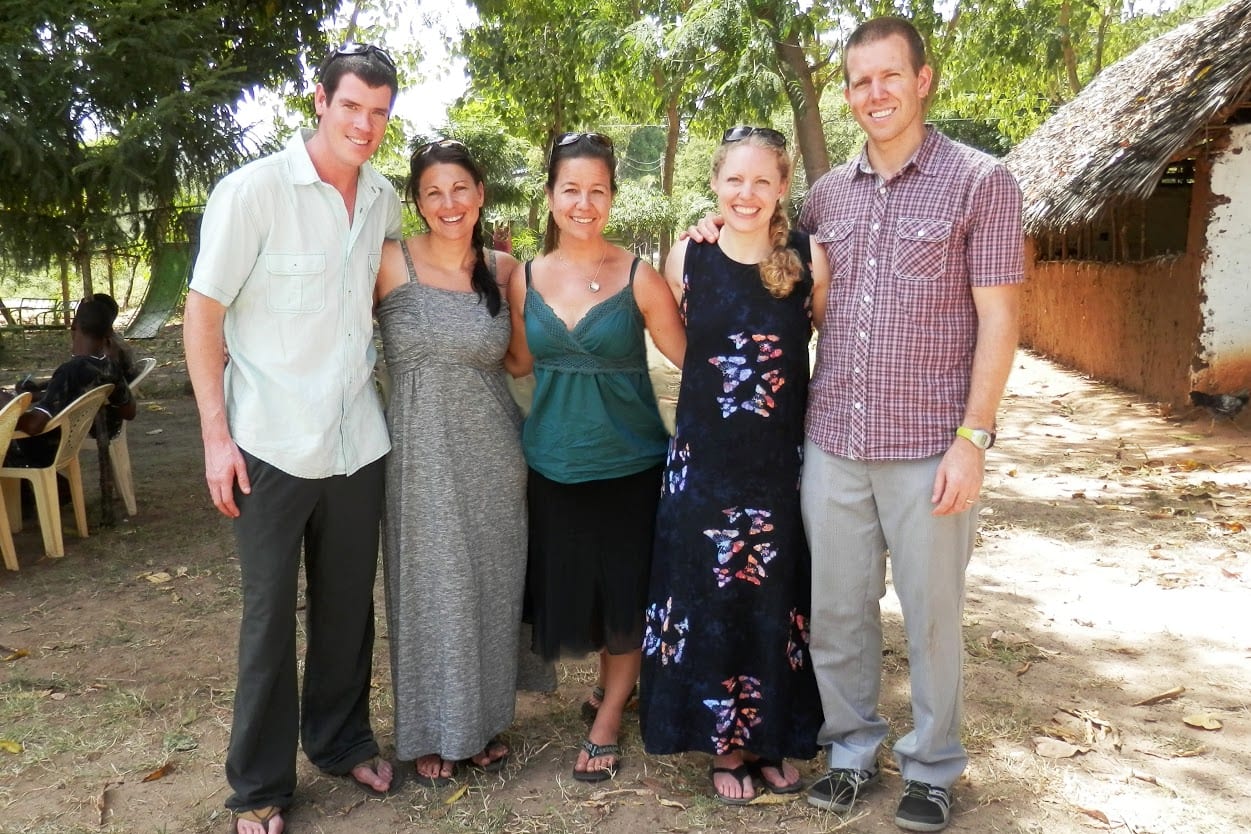 My latest trip to Kenya was packed.  We led a week-long class, worked in two special needs schools, had the first Kupenda Kenya 5K race, visited children at home, did some admin work and hung with the kids a little.  I’m so grateful for the beautiful hearts of the Dokkens and Mortensons who joined me in Kenya January 9th – 21st.

I thought I’d start with a description of our volunteers and why they were perfectly equipped to do the work we did.

Eric Dokken is a pastor and the brother of Angie Dokken who lived 35 years with cerebral palsy in a family that loved her well.  In addition to preaching both Sundays we were there at two different churches, Eric used his experience and skills to help lead the BYS class (see post below for more on class) and led the entire day on the theology of disability, suffering, and healing.  Lives in the class were changed and will influence even more people.  Eric had raised funds for Kupenda through running the Boston Marathon in memory of Angie.  Eric was also able to plant a tree in memory of Angie who passed on a couple of years ago. The tree will shade the first wheelchair ramp for a church in the district and her influence will live on.

Tania Dokken is a Family therapist and has experience working with children who have autism and other intellectual disabilities.   She used her experience with autism to assist the teacher in developing education plans for a select few children with autism at the Sir Ali school in the mornings and the Gede School in the afternoons.

Carissa Mortenson serves on Kupenda’s board of directors as the treasurer after going to Kenya with Kupenda in June 2011.  She is the mother of 4 children with disabilities (foster and adopted) and is the director of the disability ministry at Grace Fellowship Church in Timonium, MD.  She used her experience as a mom and ministry director to help lead the BYS class (see post below for more details on the class) leading the day on how to practically start disability ministries.  As a board member, she also helped me with a lot of administrative work we had to deal with after hours in addition to helping out with guidance to parents and teachers dealing with autism.

Ben Mortenson is Carissa’s husband so is a father of 4 children with disabilities (foster and adopted) and is a one on one caregiver for a boy with severe autism and led Capernaum (special needs section of Young Life).  Therefore he used his experience with autism to assist the teacher in developing education plans for a select few children with autism at the Sir Ali school in the mornings and the Gede School in the afternoons.  Ben runs marathons and Ironman’s pushing his son Shane who is in a wheelchair due to muscular dystrophy which inspired us to do the first Kupenda 5K in Kenya.  See post below for more.  He also used his “skills” to star in a new funny video about volunteer fears about coming to Kenya.

The one week class we taught on disability went amazingly well with Eric and Carissa just throwing themselves into the teaching perfectly.  I love it when the gifts of the people selected fit perfectly into an idea.  Carissa and I took “Beyond Suffering: A Christian view of Disability” back in June through Joni and Friends at Gordon Conwell Theological Seminary in June. I thought this course could be modified for Kenya and used to train people who have already shown initiative in the area of disability so that they can better train other people in their communities. The misperceptions on the causes and biblical interpretations are major obstacles to getting these children the care they need.

It was an amazingly successful class.  Albert, a class participant and pastor said he wants to be sure people with disabilities are using their talents in his church and will share with his congregation about people with disabilities being fully part of the kingdom of God.  Rhoda, a mother of a child with no fingers or toes, has already arranged to teach the class at her church.  Lilian, a mother of two children with autism said she has always felt alone and now has found a “family” to support her.  Teresia, Kupenda social worker and former sponsored child missing her leg, said she now understands more fully that she is a beautiful creation of God.  So much more but there is only so much I can fit in here.

Ben and Tania worked in the classrooms at the Sir Ali school in the morning and the Gede school in the afternoon working with children who have autism.  Autism rates are increasing in Kenya as in the U.S.  We had many new cases on this trip.  They did such a great job and really bonded with the kids in a short time.  There are so many kids with such incredible stories but I thought I’d share just a few of the ones that stood out on this trip.

Ben and Tania spent an entire morning, when schools were not in session due to the primary elections, working with a 14-year-old boy named Maudy (short for Mohamed).  We have been struggling to figure out what to do for him as he tends to run away often.  He has seen a few specialists in the area though there really isn’t a lot of knowledge in the area about autism.  He has tried schools but they haven’t worked out.  However, Ben and Tania worked with the Kupenda funded teacher at the Sir Ali School to assess him and determine the future.  For now, the plan is to take him to Sir Ali in the mornings.  Although nonverbal, he showed amazing progress just in their half a day session.  One day we would like to have an autism center because it appears to be a growing need.

When we visited Maudy at his home we met his half-siblings who happen to have albinism.  We gave them sunblock and head coverings because I am especially worried about these kids given we just lost 16-year-old Erick Pembe, who had albinism, to skin cancer just a few months ago.

Maurine is a new girl at the special school who was found by a local Peace Corps volunteer.  She has cerebral palsy and autism.  She was left outside and repeatedly beaten by her father and even her one-year-old brother before coming to the school.  She was pretty interactive and loved to move her head to the beat of music.  I look forward to seeing her progress in the future.

Elvis is a new child who we noticed was very clean and well cared for at home even wearing glasses (not something you see much in kids in Kenya).  He just has this charm about him.  We later discovered that his parents were infertile and had adopted him.  Carissa and Ben were especially touched by this parallel in Kenya considering the adoption of children without disabilities is still relatively rare.

Emily is a little girl with cerebral palsy and just a love to be around.  Our Kenyan director hardly recognized her when he saw her since she had gained so much weight.  Before coming to the Gede special school her arms and legs were like thin sticks.

We decided to try our first 5K (ish) race while we were preparing for the trip and I wondered who would be faster…Eric or Ben keeping in mind that Ben runs his marathons pushing his son.  We decided to figure it out by having Ben and Eric race in Kenya pushing two kids.  It evolved into a race of 30 people.  Eric pushed Dhahabu and Ben pushed Mohamed.  You can see from the smiles on their faces how much they enjoyed it.   Our Kenyan director even decided to get out and run himself.  A full race is planned for the future with hundreds.  Hopefully, the wheelchair users will get some better wheelchairs for racing.  The cloth modifications Carissa came up with to keep their feet from dragging or getting caught in the wheels was the best we could do for this race.

After the race, we paid a special visit to my little friend Joyce.  I met her the week she was born, 4 years ago.  Her parents thought they were being punished or bewitched because she was born without her left hand almost just like me.  They didn’t think she’d be able to do anything that other people with both hands could do so when she was 6 months old I carried water on my head to show them what was possible.  Because of that encounter years ago, Joyce is now starting to carry water on her head like other girls her age.  If only I had started at her age, I wouldn’t have been in so much pain carrying this giant water bucket on my head.  After carrying this full bucket from the well I have a new appreciation for the toughness of Kenyan women.

Thanks for sharing our experience in Kenya,
Cindy