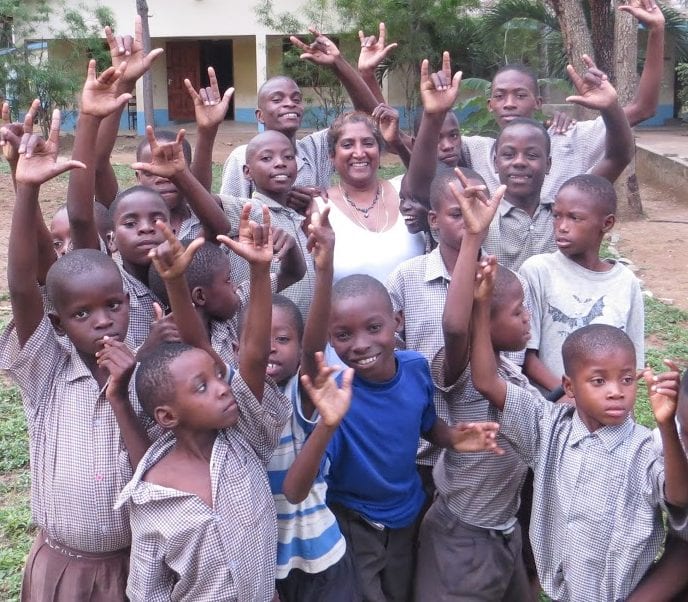 Patty and I made it to the coast of Kenya at last!  Soon after our arrival late this morning, Leonard took us to visit two families impacted by tragedy this month.  The parents caught us up on the most recent legal proceedings against the two men accused of raping the sponsored child attacked at the beginning of this month.  I shared more of the details in the father’s day blog.  The other family we visited was heartbroken because they buried their 25-year-old daughter last Saturday.  There was so much brokenness laced with beauty in this encounter.

My friend Neema died 2 weeks ago while she was at school.  She was in her third year of high school and planned to be a teacher.  Neema was deaf and no one was aware that she had been sick until the day she went to the hospital and died.  They performed an autopsy and discovered lacerations in her intestines and stomach as well as fluid around her heart and lungs.  There is a thought that she might have had a genetic condition connected to deafness and heart issues.  It went undetected even though she must have been in pain for some time.  Her family was devastated by her loss.

When we arrived at Neema’s home this afternoon, we could feel the sadness around us.  Her father was especially broken and tearful.  Her father said that he wondered if he had learned sign language if his daughter would have been able to tell him how sick she was.  It broke my heart to hear the pain in his voice.  We proceeded to talk about how their involvement with Kupenda does not have to end with their daughter’s death.  They said they will share with other parents of deaf children the importance of learning sign language.  They also promised to care for the other child with a disability in their family.

Eunice is the 13-year-old niece of Neema’s father and has cerebral palsy.  She crawls to get around and has limited speech and cognitive abilities.   Her father recently died and her mother is suffering from an illness that makes it difficult for her to care for her daughter.  In spite of all this, when we met Eunice her smile took away some of the awful sadness in the air.  Neema used to take special care of Eunice when she was home according to her parents.  Neema’s compassion likely came from her attendance at the Gede Special School where there were many children like Eunice.  The children who were deaf, like Neema, often cared for those who were unable to walk at this school because they lived so close to one another.   Eunice will start attending Gede Special School in September.  Neema’s parents promised to give the love they had for their daughter to their niece for the sake of Eunice, their daughter’s memory, and their own healing.  We are starting to see how these broken pieces might be used for something beautiful.

I’ll be sharing at a new church tomorrow that is in an area with a child in severe neglect.  We will also be visiting a couple of children that will be attending a new special classroom started by the pastor of the church I spoke at last January.  I’ll try to let you know how it goes.

Thanks for prayers and love sent our way

Cynthia
Founder/Director
Kupenda for the Children