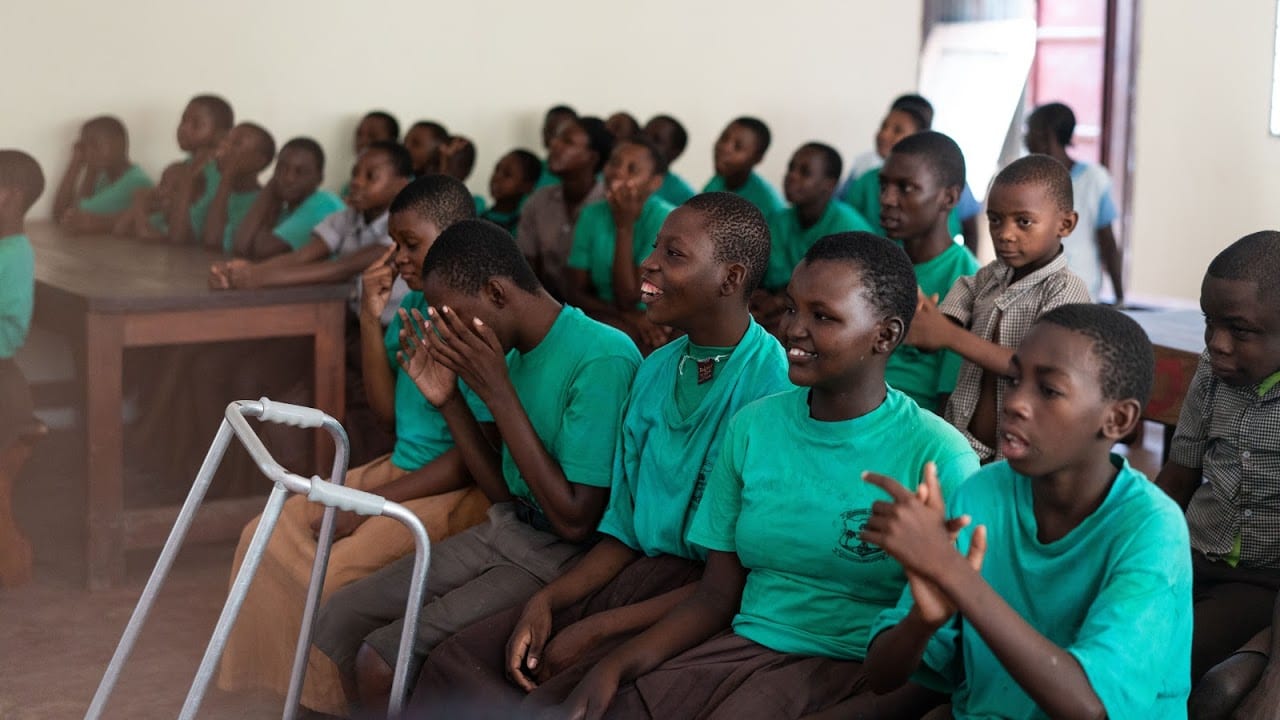 I felt like it was time to share some good news for a change.  There has been far too much bad news lately considering the recent terrorism in Kenya, tragic deaths of children, and my own personal losses. In spite of all these difficulties, our work in Kenya continues to save and transform the lives of families impacted by disability.

I shared a message at Essex Street Baptist a couple of Sundays ago focused on Christ’s answer to John the Baptist when he asked Jesus if he was the Messiah.  Instead of rescuing John from prison, Jesus responded by saying “Go back and report to John what you hear and see:  The blind receive sight, the lame walk, those who have leprosy are cleansed, the deaf hear, the dead are raised, and the good news is proclaimed to the poor.” (Matt 11:1-6).   Jesus didn’t answer John by magically making his suffering disappear but let him know that He was God because of the amazing things He was doing in the lives of those who were disabled and poor.

When I’m in the midst of heartache and doubt, God often answers my prayers in a similar fashion…with reminders of the way He uses Kupenda to impact the lives of children in Africa with disabilities.

Rehema had cataracts and her family was certain she would be blind and deaf.  Kupenda was able to fund the surgery and now she can see.

Happy could not even sit up when we met him.  His parents believed he was cursed and that a witch doctor was the only hope for him.  Eventually, he came to one of the schools we support and received physical therapy and now actually runs around with a giant smile on his face.

Davis has hydrocephalus.  His mother’s husband left them and his grandmother said killing him was the only option.   Our staff educated her on what could be done and sent the child for shunting.  The child and mother are beaming with health and happiness.  The mother now shares her story with others in similar situations…literally saving more lives.  In a way…

The dead are raised

Christina and her mother became involved in the local church after Kupenda’s pastor workshop.  Her father, who wasn’t a Christian, ended up coming to the church because he had to see with his own eyes what he had heard about his daughter clapping and singing with joy from her wheelchair. He now goes regularly.

The good news was proclaimed to the poor

These are just a few of the hundreds of children who have benefited from Kupenda’s work.  May your involvement in the lives of these children also remind you of the light in the darkness.  We often think of God shining His light on these children through us but more often He shines His light on me through them.  I don’t know about you but, these days, I need all the light I can get.

With much love and gratitude,
Cynthia

One thought on “Good News”

This is an amazing store of love from Kupenda and hope in the name of Jesus. Healing is an on going process
-Nicole Doucet