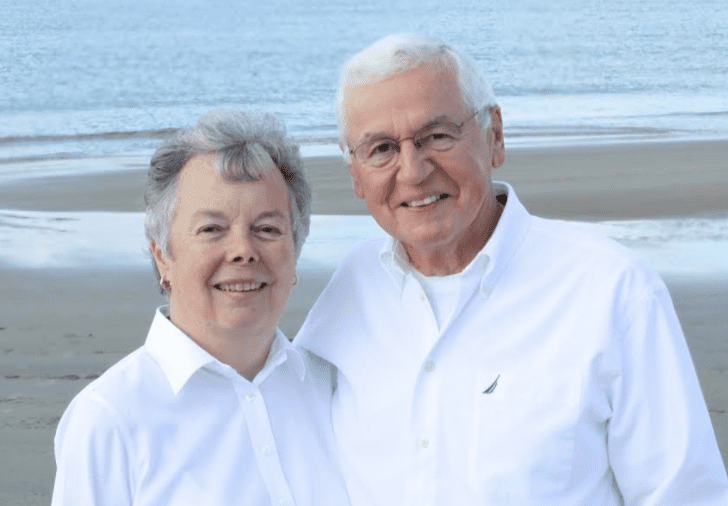 Dr. Richard Wright and his wife Ann have been supporting Kupenda’s work for more than 20 years. In this interview they tell us how their experience raising a daughter who is hearing impaired and their friendship with Kupenda’s founder, Cynthia Bauer, has kept them committed to our cause all these years. We are honored to share this article celebrating their devotion to our organization and compassion for children living with disabilities in Kenya.

How did you come to know Kupenda?

Richard – I knew Cindy [the founder] back before Kupenda. She came to Gordon when I was teaching and she took 2 courses from me. She was a very good student so I got to know her there. That must have been in the late 80s or early 90s.

So, you knew her when she was just starting Kupenda?

Richard – Yes, she was working there on the coast of Kenya. She encountered some children who were neglected because they were handicapped and she began to be concerned about them. So early on she had that on her heart.

Why have you stayed involved in Kupenda’s work all these years?

Richard – I think because of our friendship with Cindy… We’ve made it a point to give to Kupenda every year.

Ann – I mean, if you think it’s important. You don’t just quit.

Richard – Kupenda is so well organized. I think it’s one of the most interesting and needy [organizations] that I know of. And it’s effective I believe.

What do you want people to know about Cindy and Kupenda?

Ann – She has African people that actually run things over there.

Richard – I was on the board for a few years. That gave me a better insight into what’s going on and how needy the organization is and how dependent they are on giving…there just isn’t a lot of money in Kenya.

What else makes you connect with Kupenda’s mission?

Richard – We have a daughter, Karin, who is hard of hearing. She had meningitis as a baby. It’s serious loss. She went to Beverly School for the Deaf… they gave her speech therapy there and [eventually] they said she could be mainstreamed, so that was encouraging to us. But she’s worn hearing aids ever since. It took us until she was about 3 when we realized why she wasn’t developing speech. She just wasn’t hearing us. The hearing aids help, but they don’t do the whole job. She gave us experience with handicaps.

Ann – That might have been partly why we were so concerned with Kupenda. We got helped so we’d like people over there [in Kenya] to get help as well.

Richard– Definitely. We had to help her through school a lot [but now] she’s working at Gordon at the physical plant there and doing very well.

Do you have any advice for other parents of children with disabilities in our programs?

Richard- You need to expect that this child is normal except for this particular handicap and if you continue to help them, they can overcome an awful lot. Karin has been able to do that. You just have to be persistent.

How do you compare the realities of a child living with a disability in Kenya vs. the U.S.?

Richard- If you don’t have compassion for your own children, it’s very hard to imagine that you would necessarily have compassion for these kids overseas that you’ve never seen or experienced. The need is so great over there and the resources are so limited.

Ann- Karin’s situation has helped us understand what Cindy’s doing and why she’s doing it. That it’s important.

Richard – It’s given us some sensitivity to the issues she deals with [at Kupenda].

Any messages you would have to parents of children with disabilities in Kenya who might be discouraged?

Richard – Love your children and do whatever it is, whatever it takes, to help them. The parents need to be advocates – we had to advocate for her.

In your opinion, what does it mean for a parent to advocate for their child with a disability?

Richard – Well it means that you’re going to have to put yourself out and push for things that you know should be available, could be available, for your child. You do what you can to make sure that your child gets the help they need. Sometimes, well I’m sure for some parents it can be costly.

And for us, at one point, I was about to accept a job at the University of Maryland. Karin was about 8 at the time. We found out the schools where she would have to go was an open classroom…very noisy. And we were also told ‘You will have to advocate for her to get help.’ In Massachusetts we didn’t really have to go out and push and push and push for her to get the help. So, we stayed [in Massachusetts]. It was a blessing for us to stay.

What would you say to people who want to help children with disabilities?

Richard – They should know how effective Kupenda is in helping children and how great the need is. Kupenda could [help] you to support the treatment and health and education for children. I don’t see any organization that would be doing better at this point.

What would you say to people who don’t know Cindy?

Richard – Well, they should know that she is also handicapped. That’s very important. I think that connects her so solidly with those kids and you see how she has overcome her handicap so thoroughly, so much so that she is helping thousands of children in Africa. That’s amazing.

Ann – So, when she first saw the kids in Kenya, it was probably because of her handicap that she wanted to jump in and help.

People want to know that the nonprofits they support can be trusted. Is there anything that helps you to trust Cindy?

Richard – Once you get to know her, you just love her. And you know that she’s devoted to this organization. I think she’s an amazing person and certainly is worthy of support.

What do you hope for the future of Kupenda?

Richard – Well I would hope that they could get maybe to the point where they have an endowment that would give them much more financial security. They should encourage people, maybe like us, to put them in their will. This is something that they can do that would have very lasting value.