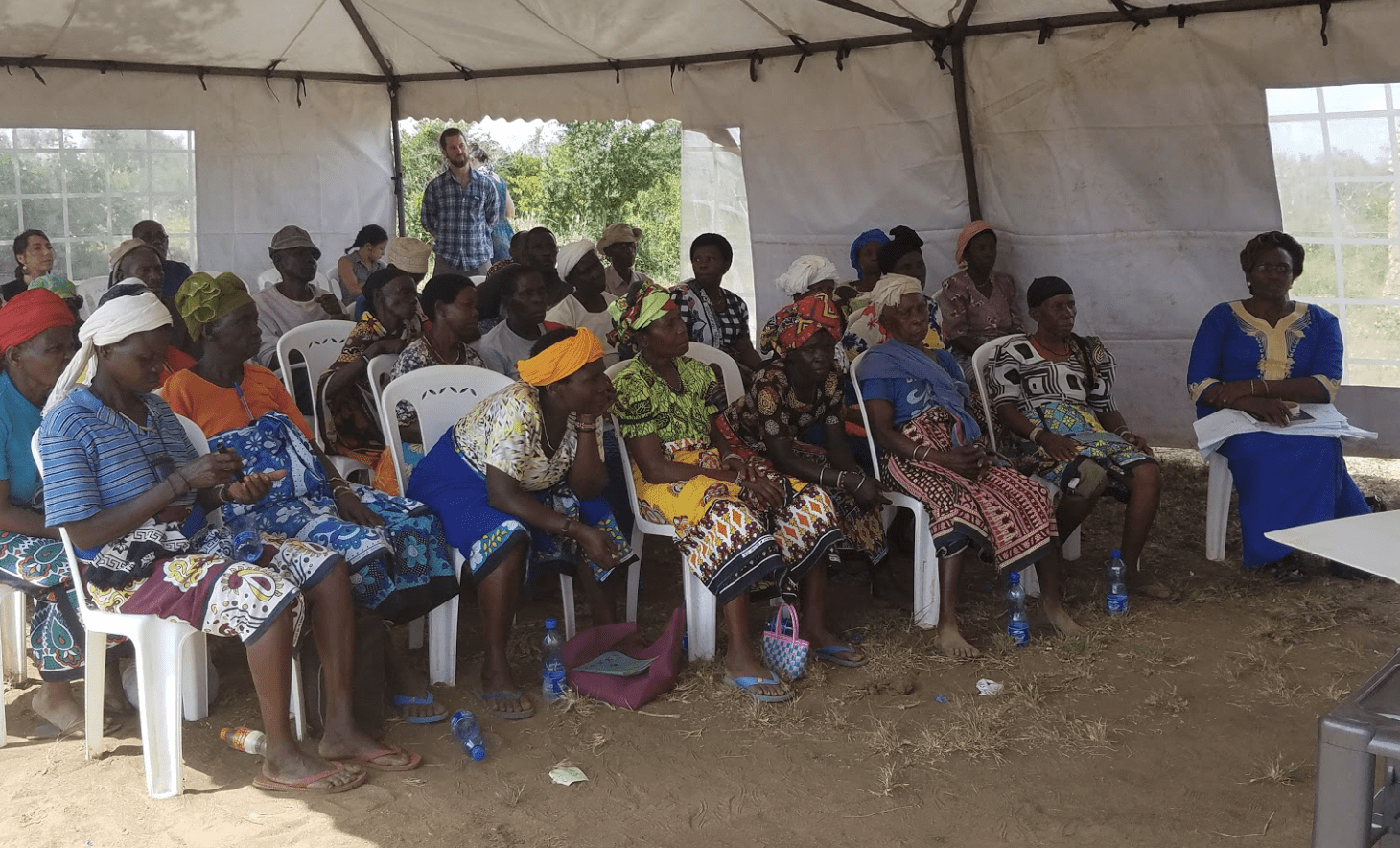 I admit, they made me nervous.

The nine village elders and seven midwives were innocuous enough, and even the three soothsayers seemed friendly, but the four traditional healers had a dark mystery to them.

When I offered almonds to the one on my right he put down his wooden cane and slowly took the nuts out of my palm without a word or glance. I shivered despite the sweltering heat.

Lunch was late so our executive director, Leonard, decided to push through to the “Causes of Disability” section. He tossed the prompt to our audience and it fell flat.

“Don’t be shy!” the occupational therapist called from his seat. “Be free.”

After a rumble of whispers even my translator piped in with encouraging words.

Eventually and quietly, they came.

As the momentum gained, the answers became more detailed…

“If possessed by demons while pregnant.”

“If a newborn drinks the amniotic fluid during birth.”

“When a man cheats on his pregnant wife.”

“When a person is pricked by a thorn.”

“When someone in the home is sick.”

Our project officer wrote each answer beside the list of clinical causes we’d shared with the group just minutes before. Initially, these scientific explanations had been well received. The participants had listened intently and asked questions. But now we seemed to be in the science vs. traditional standoff.

“So, what causes spina bifida?” our medical professional inquired holding up a photograph of a baby with a swollen globe protruding from his lower back.

One by one, the group discussed and debated each disability. Some holding firm to their traditional views and others nodding in agreement at the medical explanations.

Towards the end, one younger traditional healer gave a long, passionate diatribe in favor of the evil spirits theory. At the end he growled,

“The mothers are bad! They can do things to cause cerebral palsy — like sleeping with another man!”

I was shaken by his glares and gestures but soon consoled.

“This belief has been in your head for a long time,” Leonard explained gently. “Now that we’ve come, we cannot change everything in a day. Someone has been a traditional healer for 40 years – we cannot just remove his ideas abruptly. We are not condemning you… we know that change it is not easy.”

The traditional healer sat down and I breathed normally again as Thomas wrote “Treatments” on the flip chart in Giriama.

Leonard was cautious with each clinical explanation – first celebrating the traditional healer practices (such as those that help to reduce fevers or improve post-natal breathing), and then describing the clinical care that is so critical during pregnancies, labor, emergencies, and for long term management.Timing was emphasized – as so many of the children we serve have disabilities exacerbated by delay in care. Many of their mothers spent days traveling from their midwife for delivery to their soothsayer for diagnosis to their traditional healer for herbal remedies – as the child’s condition deteriorated, some forever.

Despite the debates, in the end, the participants sat in circles writing their action plans. I had my doubts. Few of them were literate, so hadn’t taken notes during the session. Some of them had challenged our theories. At one point I had seen the man I’d given almonds rest his head on the desk and take a nap.

We read them together and clapped for each group before Leonard came in with a final encouragement:

“We did this session in another community in November and already their traditional healers have taken 10 children to school and referred them to us. We are expecting similar results from you. This will be the fruit of what we’ve given you as our ambassadors.

We are about 20 here — if 3 can come out with that message and tell others… this will bring change and save children’s lives.”

Beautiful, we God all things are possible ❤

Jambo Sana Jessica,
Exciting to learn of inroads with the healers. Your patience and willingness to listen is wondrous.
I, too, work with traditional healers in Africa. Educating small groups of healers who go forth and work with other small groups of their peers in prevention efforts. The MOH was always involved and aware.
Having spent Peace Corps years in E. Africa (one in Uganda and one in Kisumu, Kenya), I offer congratulations.
I also offer my help if you consider volunteers on the ground. My 28 year old African American son has Downs Syndrome so it has been a greater pleasure following your blogs and applauding your successes.
My Swahili is still in tact too!
Please, let me know if there is need to assist.
Sincerely,
Diana Johnson
[email protected]
503-791-3184 (Oregon)

Hi, Diana.
Thank you for your email and apologies on the delay in my response. It’s great to hear about your experience with this type of work. I was also a Peace Corps volunteer (2008-10 Botswana) so appreciate your grassroots experience and perspective. We have lots of internship and volunteer opportunities as well as trips to Kenya coming up in July and January. Your son may also be interested in some of these opportunities. I’d love to set up a time to talk with you and tell you more. I just sent you an email so will look forward to your response.
Best,
Jessica

This does not compromise his abilities, after all; modern medical practitioners often refer back to their medical texts and other reference books as well. The writings in these traditional books are strictly guarded and anyone who is not “in training” is forbidden to study or even read the books.

Thank you for your comment. We agree that both modern medical practitioners and traditional healers offer sound practices and can learn a great deal from one another. We look forward to supporting this collaboration more and more in the coming years.