Making the Most of Life with Moses 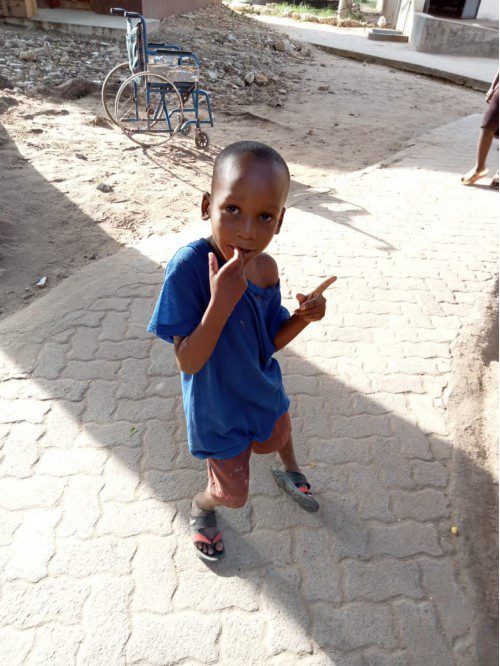 Moses is 7-year-old boy who is a natural entertainer. Not only is he known for his own optimistic attitude, but also for the ways he shares his joy with others. Yet Moses’ life did not start out so positively.

As a child, Moses experienced challenges with both hearing and mobility. He was not able to speak or read lips. Worldwide, 240 million children live with disabilities, including 32 million with hearing loss. Eighty percent of these children live in poverty in low-income countries. In many of these countries, including Kenya where Moses lives, people believe disability is the result of witchcraft or sin. This has caused Moses and his family to face an overwhelming amount of stigma and discrimination, even putting them at risk of physical harm or death.

At home, Moses lives with his family in a mud hut with a tin roof. One of the most severe droughts in 70 years has made their farm less productive than usual. Although his father spends his days working as a motorcycle driver, his job still does not pay enough to support Moses’ educational needs.

Complicating matters, Moses’ parents are unable to communicate with their son. Even in high-income countries, such as the United States, over 90 percent of deaf children are born to hearing parents. Among those parents, most never learn sign language.

In Kenya, like many low-income countries, communication for the deaf has additional challenges. For example, Kenyan Sign Language was not officially recognized as a language until 2010. Furthermore, deaf students’ equal access to education was not officially mandated by the Kenyan government until last year.

All of these factors contributed to Moses’ isolation and inability to fully express his needs and desires. 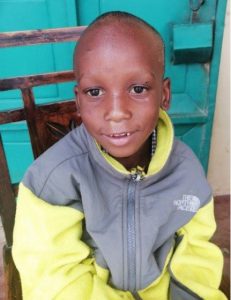 Moses seated at the Kupenda office

Eventually, Moses’ family was put in touch with Kupenda’s staff in Kenya. They counseled his parents on the importance of enrolling their child in school. With the support of a sponsor, Moses was admitted to a school where he now has access to medical care, nutritional support, and an education by teachers who can communicate with him in sign language.

Today, Moses is also able to communicate through writing, drawing, and sign language. His father delights in the fact that his son is learning and progressing so well! Over time, Moses has even made a number of friends and loves to spend his free time playing team sports.

Yet Moses’ physical condition was not the most disabling factor in his life. The limited views of those around him regarding what he could accomplish prevented him from flourishing the most. In response, Kupenda regularly counsels Moses’ parents on his rights and has also connected them to a parent support group. In addition, the organization works with community leaders to train parents of children with disabilities about the medical causes of disability and the importance of including their child in family and community life. At both the national and international level, Kupenda also partners with government leaders to advocate for new legislation and implementation to protect and empower those with disabilities like Moses.

Just as the name “Moses” means “to pull or draw out,” the support Moses receives helps draw him out of hiding and evoke his full potential. Now, with the freedom to actively participate in school, family and community life, Moses is more fully experiencing the joy he has worked so steadfastly to bring to others!