“More than a Good Cause”: An Interview with Our Book Author, Board Chair and Supporter, Lauren Blair 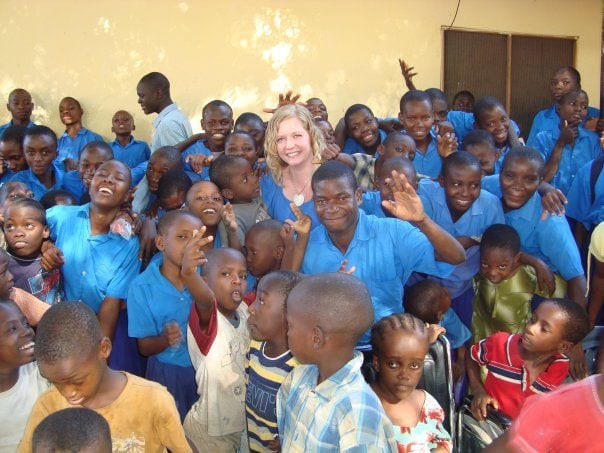 This month I had the honor of interviewing, Lauren Blair, the author of “An Unlikely Gift” – a book about Kupenda’s work and history. In addition to traveling to Kenya 4 times, including to interview Kenyan families and leaders for this book, Lauren has also served on Kupenda’s Board for the past 12 years and raised hundreds of thousands of dollars to support our work in Kenya. In 2005, Lauren was the first person to advocate for our founder, Cynthia Bauer, to be hired as Kupenda’s executive director rather than remain a volunteer trying to lead the organization while holding a separate full time job. In 2007 Lauren also enabled us to hire a Kenyan occupational therapist by asking the guests at her wedding to donate to Kupenda rather than buy her gifts. Hundreds of children with disabilities are alive and thriving in Kenya today because of Lauren’s generosity. Please enjoy this article that celebrates her tireless commitment to creating a more just and loving world for these children and all people living with disabilities. 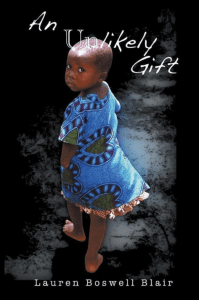 Jessica: Why did you decide to write a novel about Kuepnda?

Lauren: [When you] hear the stories of these children you just keep saying to yourself “someone needs to write this down.” It is so powerful, it just needs to be told. It took me about 3 years of research and different trips [to Kenya] and interviewing various people… I was just really taken with the stories of people like Teresia or Anthony — those stories of being rejected by your community and then through the services that Kupenda offers, through advocacy, medical intervention, and education, they are able to go on and be leaders of these communities that once rejected them.

Jessica: What was it like to interview all of those people?

I didn’t understand until I really started talking with the people there how much more complicated it was. You know, you take a mother who has a child with a cleft pallet and who can’t nurse, who has no access to medical care and does not want to see her child starve to death. [I developed] a lot more compassion for the obstacles that people are facing.

Jessica: I’ve heard that there was a bit of concern about you traveling to Kenya. Why was that?

Lauren: The first trip was in 2007 … some others were concerned about whether or not I should even go because I have had various health issues. I don’t think that I would be alive today without the medical care that I’ve received here… But now I get the privilege of chairing the board and it just feels like it parallels the story of the children [with disabilities] being maybe a little underestimated but still being able to just find a way to meaningfully contribute.

Jessica: What has it been like to serve on our Board for more than 12 years now?

Lauren: [In 2009] I started to realize that Cindy [Kupenda’ founder was] doing all of this [work to run the organization] outside of her [job and] normal working hours. [I thought], ‘There is growth potential here but it can’t be sustained or encouraged with her still pigeon-holed in that job.’ So that kind of became my crusade: to get her hired and to transition the board to that next stage.

Jessica: What other changes have you noticed in the organization since you became involved?

Lauren: Moving away from some of the quick fixes like building a facility to more advocacy and there has been far more change from doing that… When we would volunteer we would bring materials and then we became smarter about supporting [Kenya’s] local economy… And so [now] it’s so wonderful that we can come alongside existing organizations and say, ‘How can you expand your model to include people with disabilities?’ 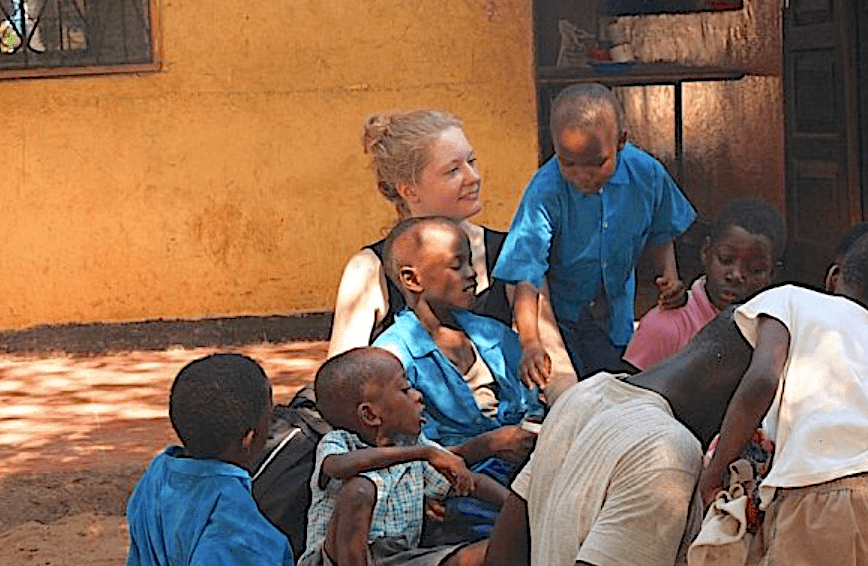 Jessica: I know you’ve done a lot to support this work even beyond leading the Board and writing the book. Tell us about that.

Lauren: My husband Pat and I connected over the cause [and] living your life for something other than yourself. For our wedding we didn’t have presents — we had people donate to Kupenda and that was able to fund an occupational therapist. [And now we’ve been] able to go see the children over the years [whose] lives have been transformed by this occupational therapist … You just can’t in your 20’s really anticipate what that’s gonna mean to you later in life to see who’s lives are changed. You know, it really became so much greater of a gift back to us even.

Jessica: How is Kupenda different from other organizations you’ve come across?

This organization is assisting populations of people that aren’t being targeted elsewhere, and [doing] it with less people, less overhead and partnership with locals. I don’t see that elsewhere. I certainly don’t see the local buy-in… And I think [you] are not paternalistic – [you] partner with people on the ground and equip them to lead and shape the mission as it’s taking place. I mean, none of us could do the work that is being done without [our Kenyan staff].

Lauren: I also think we are hitting populations that other organizations maybe aren’t targeting. Its not that they don’t care about them, its either that they don’t know about them or aren’t targeting them but It’s beyond just the children and their parents and teachers. It’s the community leaders, it’s the village chiefs, the pastors, Muslim imams,  traditional healers. I think those are populations that are missed. 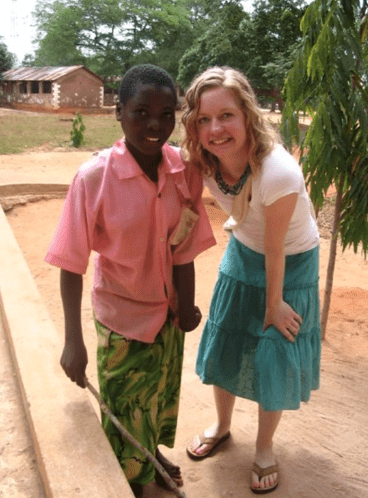 Jessica: Why do you think our disability advocacy model is working? What makes it effective?

Lauren: We come alongside people and it’s a discussion. We say, ‘What are your views of disability? … What does this label mean? How can we move beyond it? How should a person with disability be treated? How can you equip a person with a disability? What are the origins and future of our views around those things? [How] can we help you to equip people [with disabilities] in your communities to be accepted?’ And I know you make action plans in your workshop… It’s a collaboration.

Jessica: What do you hope for Kupenda’s future?

Lauren: Just that it … continues to move beyond Kenya. I know it has started to but I think that’s the ultimate goal. Its not just to help one village or community or district. It’s to really, it’s really changing the world view.

Jessica: What would you  want other potential supporters to know about Kupenda?

Jessica: What inspires you to keep supporting Kupenda?

Lauren: Kupenda targets the most vulnerable people group that exists in the world today. You take children, poverty, and disability – I don’t think there is a greater need… It has been an absolute privilege to get a front row seat to see lives being changed. You can help a lot of organizations; you don’t always get to see the impact. It’s just really dynamic. It’s not something we have experienced through other organizations we have helped. Not that we don’t have other passions but it’s really, it’s more than just a good cause — it’s a relationship. 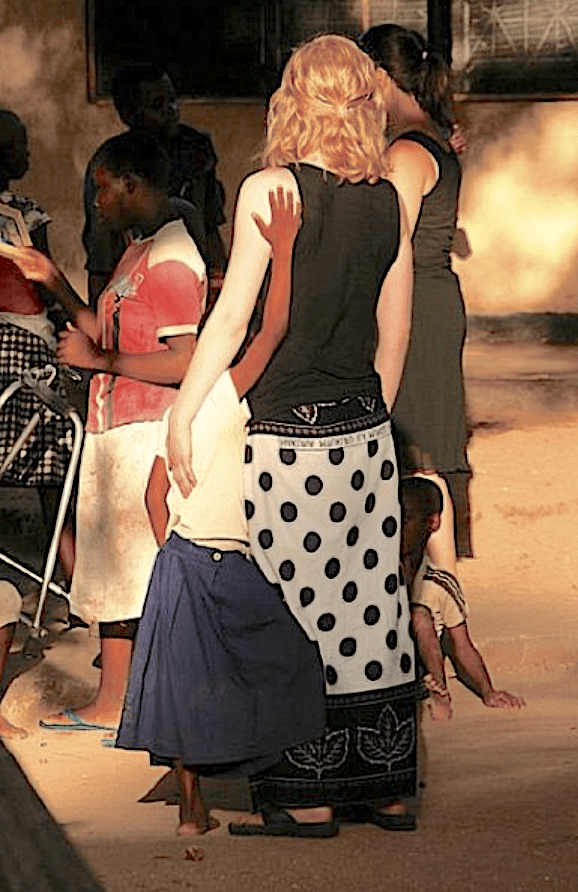